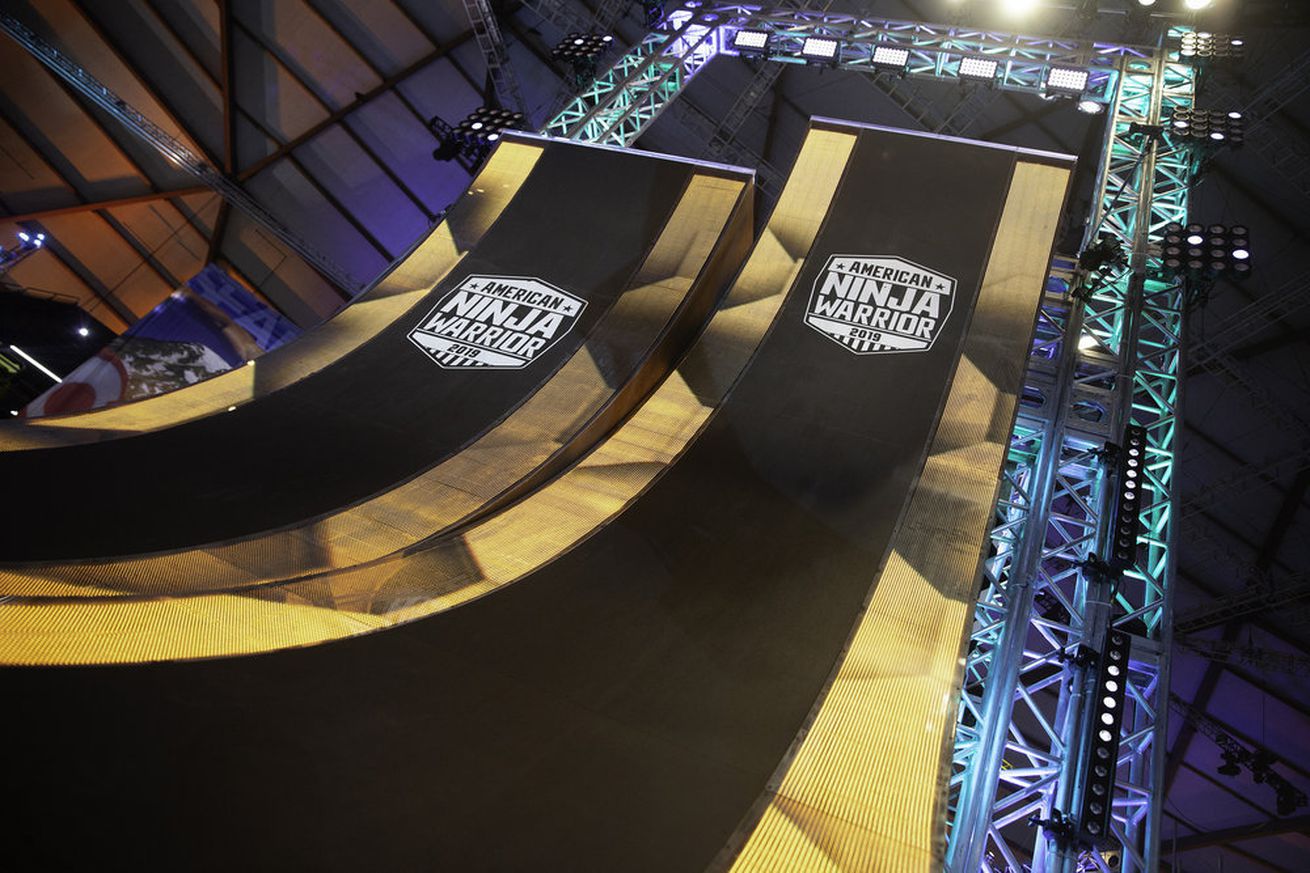 If you’re reading this, it’s too late…

Just kidding. But seriously, this going public means I’m out of here for a bit. I’ll be taking a break from editing ANW Nation while I welcome my baby into the world. So in a way, yeah, it is too late to save me. 🙂

Traveling with the Ninja Warrior crew every year is always pretty special, but season 11 was even more memorable for me.

Of course, there’s the fact that we actually got to see a winner!

But also because I carried my first child with me through all seven taping locations. Ah, what special times. There was trying to hide my poorly-named “morning” sickness from everyone at the Los Angeles taping. Falling asleep while standing up in Atlanta (It was only for a second! I didn’t miss any runs!). Carrying my own bag of bread around with me in Baltimore because, well, I just really liked eating carbs at that point. All while watching some of the greatest moments in the show’s recent history, like Jesse Labreck and Michelle Warnky’s City Finals finishes in Cincinnati.

They say you’re supposed to play music for your child while they’re in the womb. That they become familiar with the rhythms and the sounds, and it can help soothe them once they’re here.

Which basically means I’m going to have to play Ninja Warrior episodes on loop for this kid all night, because he’s heard a LOT of it. Matt Iseman and Akbar Gbajabiamila will have to come over and sing him lullabies.

As excited as I am, it’s going to be hard to leave the ANW Nation community for a little bit. But I’m putting you in very capable hands. While I’m on leave, the site will be managed by Abbie Mood, with contributions from Jill Snook. (Well, Jill isn’t new. You may have noticed her by-line popping up throughout the season!) Both are huge Ninja Warrior fans who are ready to talk all things Ninja. I’ve asked them both to share a little introduction with you all.

“My name is Abbie and I’ve been a writer/editor for 10 years. (I currently manage the Burgundy Wave, which is the SB Nation site for the Colorado Rapids.) I’ve been watching American Ninja Warrior since the beginning and I love how things have progressed as the competitors started taking it more seriously and the obstacles have gotten more difficult. My favorite things about ANW are how supportive everyone is of each other and the increasing presence of women competitors over the last few seasons. I am super excited to join American Ninja Warrior Nation, even if just for a couple of months, and look forward to getting to know the community better!”

“Hi ANW Nation! My name is Jill Snook, & like most of you, I’m a huge Ninja Warrior fan. Along with my husband and three children we are most definitely a Ninja family — between watching the pros and supporting my own junior ninjas, we have spent countless hours in Ninja gyms all across the country. All three of my kids claim Ninja as their favorite participation sport, and 2 out of 3 choose American Ninja Warrior as their favorite show. (Cartoons still edge out ANW according to my 5 year old – by the narrowest of margins, of course! Unless…Jessie Graff is on the course —not even cartoons can top that!)

My family’s love for Ninja began in 2014. We had just recently discovered the show, and had the opportunity to meet Drew Drechsel, Ryan Stratis, and others at the Inaugural Rockford Ninja Warrior event in Michigan. My kids were captivated by the feats of athleticism they witnessed, the experience of conquering obstacles themselves, and the kind hearts of the Ninjas. My husband & I were captivated by all of that (well…maybe not the conquering obstacles ourselves part…), but most of all, the beautiful life lessons that Ninja seemed to teach — a healthy lifestyle, amazing sportsmanship, perseverance, learning how to fail & get back up again… So many lessons that every parent wants their children to learn! After that day, the whole family was officially hooked.

In the months following, we built a small Ninja gym in our basement. And in the years following, the kids took classes, joined a competitive Ninja team, competed all over, made amazing Ninja friends, attended live tapings of ANW, and participated in every other Ninja event we could get to! After 5 years, our Ninja knowledge & passion runs pretty deep, so writing occasionally for ANW Nation is the perfect fit! I think the athletes of American Ninja Warrior are amazing human beings, and I love sharing that with anyone who will listen.”

Season 11 was beyond thrilling and there’s a lot to dissect and breakdown as we head into the off-season. I know there’s no way I’ll be able to resist checking in on the site, so keep all those amazing Fan Posts coming and I’ll “see” you all soon!