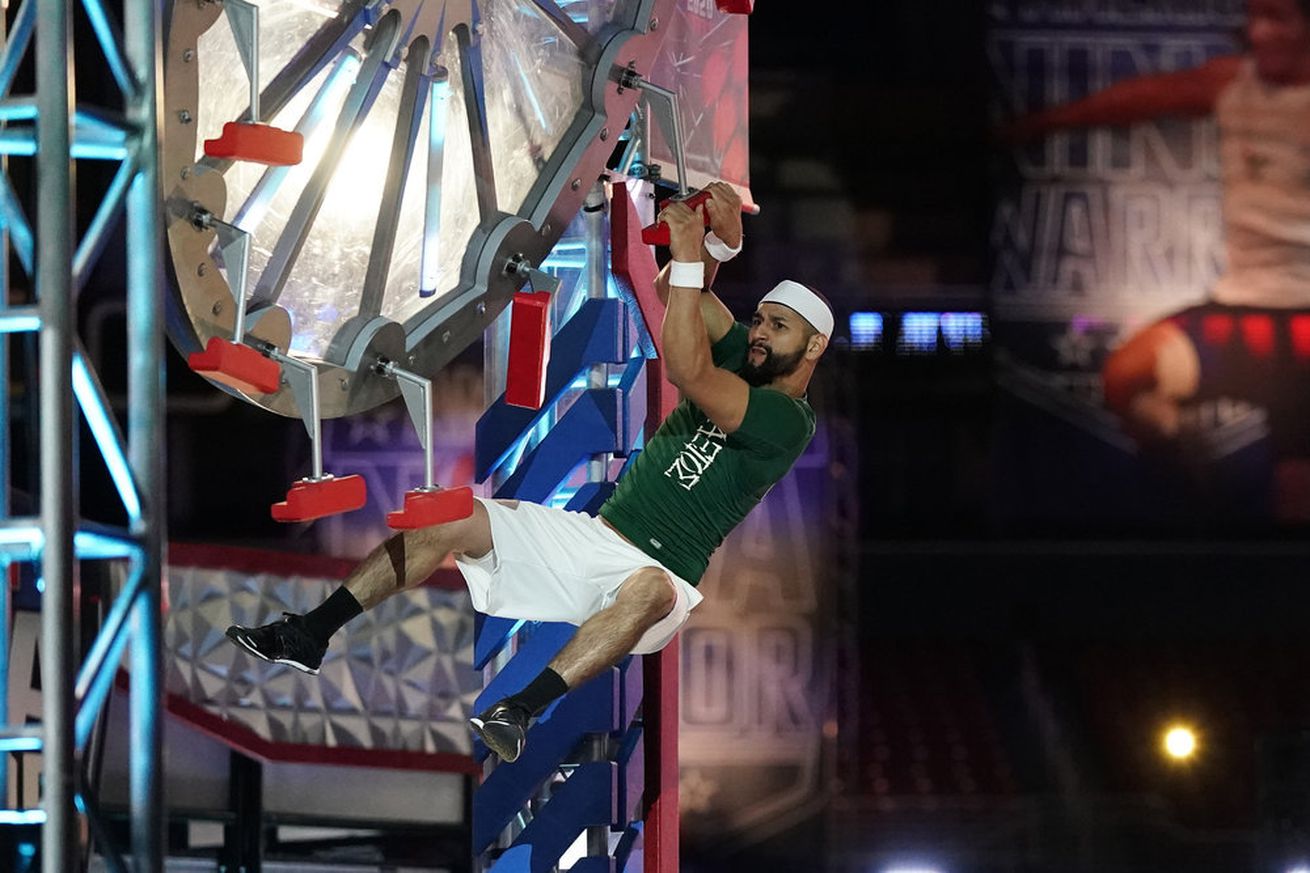 He always keeps his eyes on the prize and his heart on his motivation.

Abel Gonzalez is an American Ninja Warrior competitor who is always dedicated to his mission. In his now seven years on the show, Abel approaches every course with something bigger than just buzzers on his mind. It could be his family, his students, or his community.

For season 12, Abel had two of his Axios Warrior Academy students with him, Holly Cavazos and Gloria Orta. He spoke glowingly of both their skills and was so proud to compete alongside them. They were all there to represent and inspire their South Texas community.

.@WeAreAllAbel is on a mission to give back to the kids from his hometown in South Texas and show them what being a Ninja really means! pic.twitter.com/Mj3W27YLgB

Abel would fare the best on the course out of the group, clocking in with another buzzer and a time that moved him on to the Semi-Finals. It was a testament to his ability to stay focused on his goals, no matter the situation.

Before his run, Abel reflected on his thoughts about this season.

“It’s really surprising. It’s really hard to pull something off like this, in these current times and situation. We were talking about it, some of the Ninjas, like ‘Look, we’re not going to know if this is happening until we’re on the starting block. Then it’s happening.’ It’s very different.”

“For me, it’s a huge honor. This is the seventh time I’ve been called to compete and that’s really difficult to do. It’s really hard to stay on this show. Every year you wonder if it’s the year you don’t get the call, so I’m really excited to compete. I love this. I love doing what I do.

Because there are so few athletes, it’s also very stacked. There are so many incredible athletes here. With the ranking system, it’s an interesting game. You gotta go out there and play the game and give your absolute best performances.”

Tomorrow’s the day! – It’s an honor to be selected to compete but it means even more when your training partners get called to compete as well! @gloriasophfit, @ninja_hollycavazos and myself represent SOUTH Texas on @nbc’s American Ninja Warrior tomorrow night on NBC 23! Start time is 7pm central! – We could use all the support we can get, especially this year, so please spread the word! Texas, Edinburg, and my family here saved me from a rough childhood in Chicago so know I do my best to represent us to the Nation! – – #EdinburgTX #IamWorthy #YouAreAMiracle #YouAreAbel WeAreAllAbel #TheValley #SOUTHTexas https://www.themonitor.com/2020/09/12/trio-rgv-natives-compete-american-ninja-warrior-nbc/

“I’m getting older. How long can I really stay competitive? I’ve been asking myself that question since I was like 12 years old. What do I need to do to stay competitive? What can I change? Keep on reading. Keep on learning. There’s new things. You have to apply those so you can stay competitive into your late 30s and into your 40s. I plan on staying competitive as long as I can.”

For every bad, terrible, negative, or immoral action there are at least a thousand good, amazing, positive and moral actions being taken by humans around the world. – – And there’s still so much good to be had. – – So many memories to be made, so many new people to meet, so many new experiences to be had, so much more pain to go through, so much Joy to share. Don’t give up on The Dream. – – #America #DodgeballChamps #UNITE #EducateYourself #TrustTruth #YouAreAMiracle #YouAreAbel #WeAreAllAbel

“For me, if I don’t train, I don’t feel like myself. Whether the gym is open or closed, I always found a way to be outside, to stay training as safely as possible. But I own my own gym, so that’s a huge benefit. My endurance is better than it has been in a long time, honestly. I was able to keep consistent training.

We literally had about four weeks of notice. A lot of us, I’m pretty sure I wasn’t the only one, we weren’t prepared to compete, you know? If I’d had a little more notice I would have been able to get to my goal weight, things like that. Other than that, you have to be ready. If you’re going to be a pro, you have to be ready. I was always ready.”

“I want to beat courses. I want to beat it at my pace and I think my pace is strong enough to keep it in the top and go to the next round.”

Abel was correct. His preparation paid off and he placed sixth on the leaderboard. He’ll be back for American Ninja Warrior’s Semi-Finals in a few weeks!