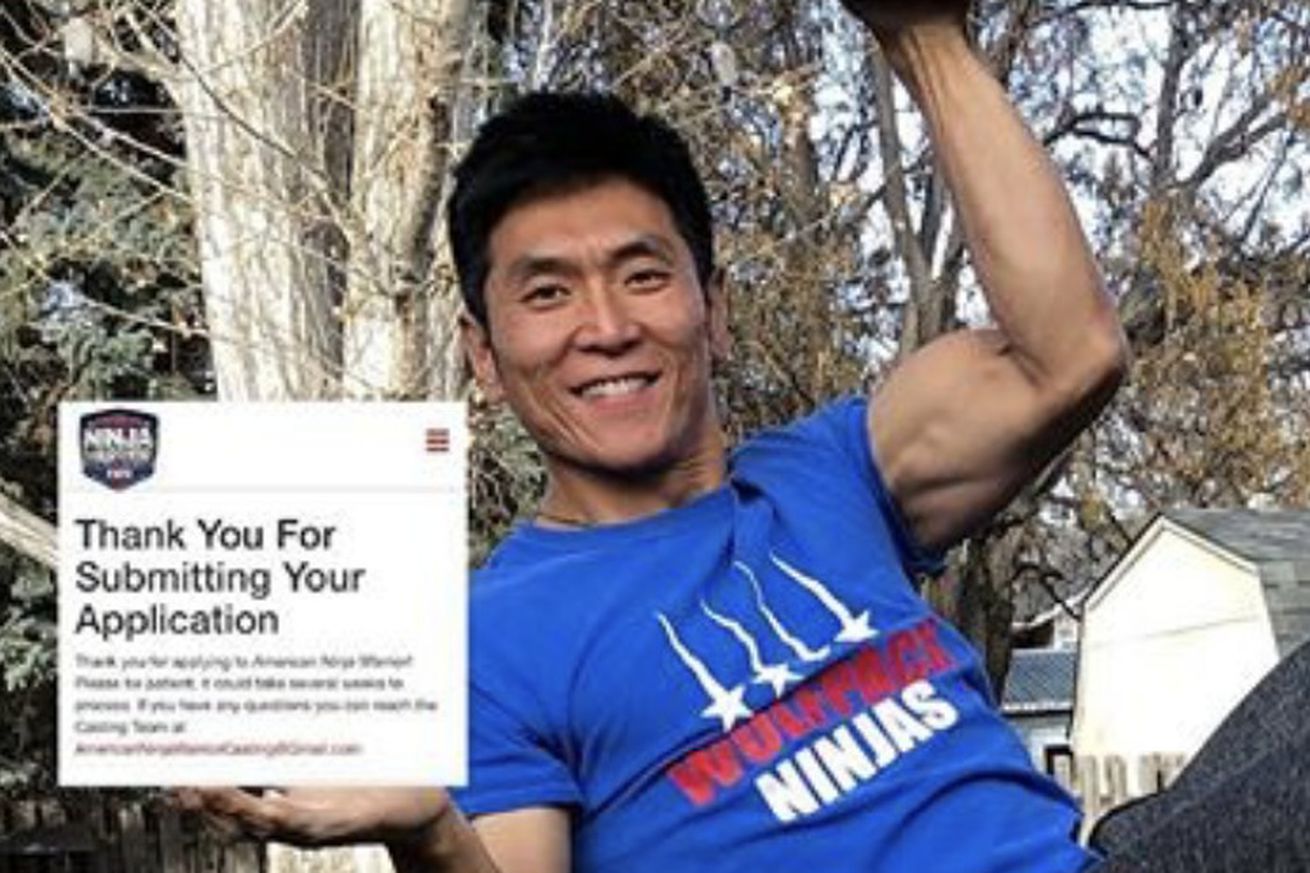 It’s getting real. Season 12 is coming. How do we know? We’re starting to see a ton of posts showing that Ninjas have submitted their season 12 applications! Completing the application process is no small task. For many, all of the hours, video takes, brainstorming sessions, and all-nighters are totally worth it. The result is a chance to compete on the biggest Ninja stage, testing a Ninja’s physical and mental limits.

Who is hoping for that opportunity this year? Let’s take a look:

Jesse Wildman made it to City Finals (obstacle #5) in season 11, proving he has skills on the course. However, last year, Jesse showed us that he has skill and talent beyond the Ninja course too. It will be hard to top the Ninja rap he wrote and performed last year.

But he must have thought of something. We can’t wait to see what he came up with!

I’ve been making so many submission videos for other people I kept forgetting to finish mine! Turn the sound on to see how excited I was submitting at 4:30 in the morning after an all nighter working on it #anw2020 #anw12

Dan Yager said that he lightened up on his training for season 11. It worked out pretty well for him, as he earned a spot on the Power Tower with his top finish in the Seattle/Tacoma City Finals. We’re anxious to hear what training method he is going with for season 12.

Angela Fuller is a newcomer to the Ninja scene. She’s hoping her submission video will earn her a chance for an American Ninja Warrior debut.

And she looks prepared for success…

Live your life, take chances, be crazy. Don’t wait, because right now is the oldest you have ever been and the youngest you’ll be ever again! Wednesday night Ninja Fun with my little man! If you live in Colorado you have to come check Ninja Nation out, it is so fun and for ALL ages #ninjatraining #americanninjawarrior #faithoverfearninja #chasingaftermydreams #ninjanationcentennial #mycomebackstory #thisis39 #yolo #livingmybestlife #happy #overcomer #itsnevertoolate #strongbyzumbainstructor #zumbainstructor #syncnetwork #zincommunity #hiit #strongertogether #warrior #onceagymnastalwaysagymnast #dreamsintoreality

Sloane Cameron got a taste of the course last season when she was a lucky lottery winner, and she’s hungry for more.

Now that the #anw Baltimore episode has aired, I can finally share how I did!! First of all being a walk-on was such a crazy/fun/intense/nerve racking experience. As a walk on you have no idea when or even if you will get to run the course. From the time I was told I was going to run, to the time I stepped out on to the starting line was maybe all of ten minutes. It was about 2:30am and I was cold. Very cold. No real time for warm up and very literally in shock this was happening in real life. I was nervous about the shrinking steps. I knew I could do them. We practice on a much harder set @nwninjapark (thank you @cvitanic ). But still you just don’t know how you will react to nerves. I breezed through them and was so jazzed to land on that platform!! On to obstacle two. A super fun lache obstacle. Probably took too much time taking it all in and sizing up the jump to the first bar. I felt super strong on this obstacle and made it to the platform no problem. On to number three. I knew this one was going to be tricky. I was concerned about the transfer to the last board. I felt super strong all the way up and actually felt great on the third, going for the last board. When I went to transfer my knee just hit the board and moved it enough to throw off the catch and down I went. It’s just one of those moments you want back. I know I could have done it. Just lost focus for a second. That’s ninja for you. So what do I take from all this? Well first of all I consider myself to be extremely lucky. To get a walk on spot at all is so unreal. But to actually get to run the course for the first time. I will never forget that moment. It is a reminder to keep chasing the dream. Baltimore was a huge risk for me. A risk that paid off big time. I am so pumped for what is ahead. Training has already begun for #anw12 . . . #anw11 #americanninjawarrior #nwninjapark #ninjawarrior #baltimore #ninjathings #americanninjawarriortraining #anwtraining #ninjacourse #rookieseason

And Ryan Stratis can’t break his streak of competing in every single season.

But if you haven’t submitted your application yet, you’re in pretty good company—and you have a little over two weeks left until the deadline!

Sandy Zimmerman is reaching out to her fans for a little submission video help. We can’t wait to hear about all the ways she inspired fans with her Warped Wall victory last season.

WANTED: anyone out there that has been INSPIRED by my ANW run or IMPACTED by hearing my STORY I need you!!! I’ve got a cool idea for my ANW SEASON 12 submission video and it includes YOU!!! #anw12 #submissionvideo #americanninjawarrior #ninja #ninjawarrior #inspired #empowered #impacted #mystory #herstory #overcomeeverything

After just having an adorable baby, Rachael Goldstein is ready to get back to the gym in preparation for season 12. With a newborn, it won’t be easy, but we know Rachael will be up for the challenge!

It’s been 5 weeks with little miss Finley! She has already grown so much and is so strong! She loves bouncing, tummy time, taking long naps, eating, and eating some more. I should hopefully be cleared to start working out again next week and started my ninja submission video this week! I was really on the fence about applying, since I think I’m in the worst shape of my life, and don’t have much time to train before taping begins (plus less time in general to get to the gym). BUT, I will give it my best shot because………why not!? . . . #littleninja #finley #cutestbaby #ninjababy #americanninjawarrior #5weekspostpartum #tummytime #ninjamom #anw12 #iwill #nevergiveup #dontstop #fitnessmotivation

Proving for the millionth time that the Ninja community rocks, MLab New Jersey is hosting a submission night on November 25th. They’re offering help with all of your American Ninja Warrior submission video questions.

Great news! We will be hosting an ANW submission video help night on November 25th!! This is great for anyone who will be applying to the show this year! We will help you with lighting, filming, and more! *make sure to bring your own SD card* Cost-$15 If you have any questions please message us on Instagram or email us at info@mlabnj.com Hope to see you soon!! #ninjawarrior #nationalninjaleague #nnl #americanninjawarrior #trueninjatraining #gitgud

December 6th will be here before we know it. We expect to see many more submissions between now and then—will yours be one of them?

For more tips on submitting an application for American Ninja Warrior, click here and here.