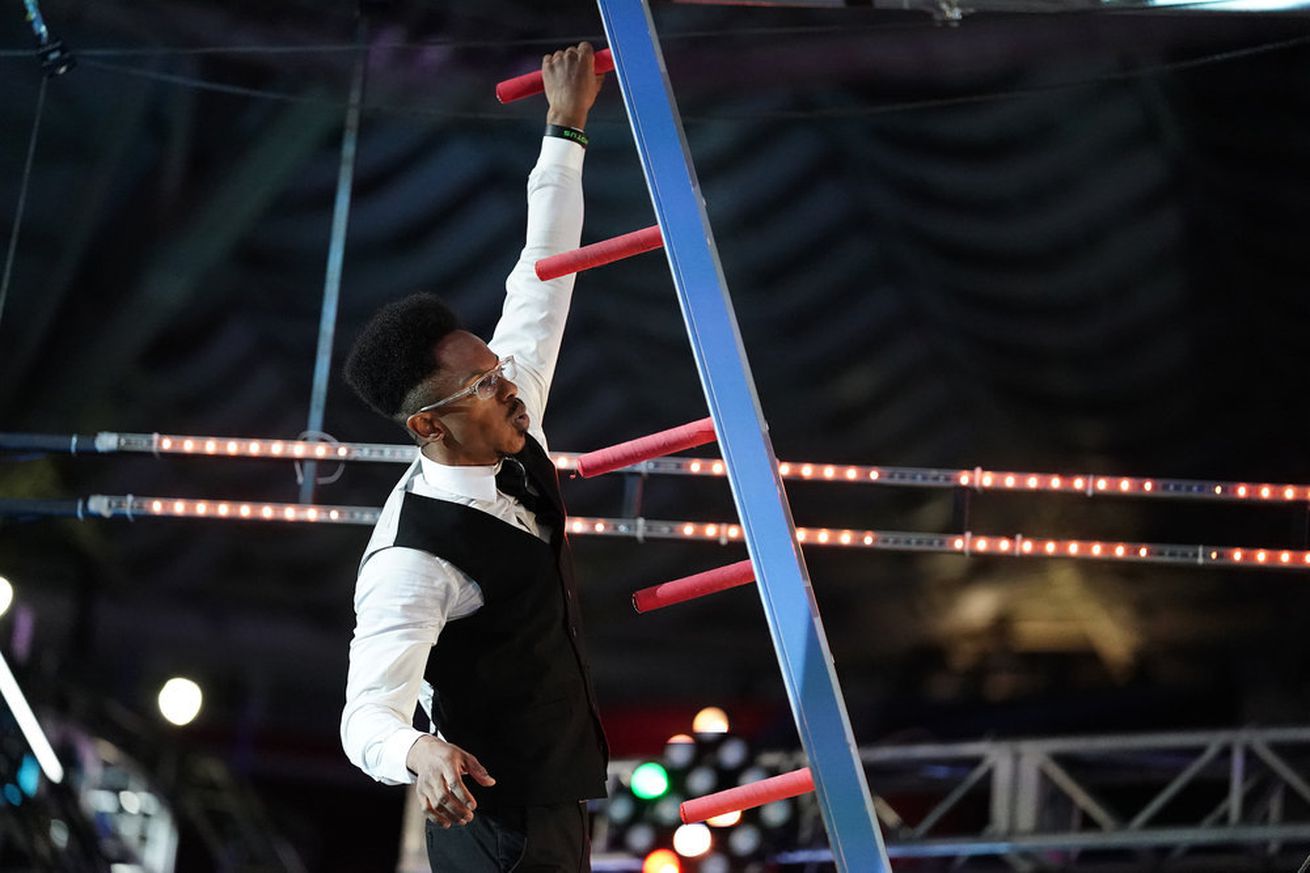 After two seasons away, he set out to make a lasting impression.

The only Ninja who can pull that off is Donovan Metoyer.

Donovan has competed on five previous seasons of American Ninja Warrior. He wasn’t on seasons 10 and 11, but he is back with a vengeance this year. As part of Jamie Rahn’s Ninja group, Donovan completed the Qualifying course, his first buzzer (he even gave the Mega Wall a try).

In the Semi-Finals, Donovan put up a confident, classy run that had us smiling. He was enjoying the fruits of years of work, with a little side of personality. He advanced to the Finals after making the top 12, falling on the ninth obstacle.

Once you fully understand what a labor of love this season is for Donovan, you can’t help but cheer him on. Before his first run, Donovan gave us some insight into what this all means to him.

“I’ve been here since season five and I’ve been trying to stay consistent and get a call every time. But that hasn’t happened because of my performance, and I understand that. And just to be a part of this smaller concentrated group, it almost feels like a Vegas (National Finals). As in, there’s a certain amount of people who make it there, and I feel like I’m a part of that elite group once again. And it’s just surreal being back for number 12.”

Finally! A start line picture from this season. I was talking to myself here about the 1st obstacle. “You did this one before Donovan. Don’t rush it and one swing on the rope this time. You got this.” How far will I make it?? #classyninja #kidflash #suitandtie #style #stylinandprofilin #ricflair #anw #anw12 #americanninjawarrior #motusninjas #motustrong #oneshot

“My motivation for this season is just to prove that my name belongs up there with the Daniels, everyone else, the Brittens, the Isaacs. I want to make a statement, and that’s the ultimate goal this year.”

I’ve been trying the hit a qualifier buzzer for 8 years. This one meant a lot. I had people (my mother @history_rain @akninjamom @lilsmadryne @cmartinez678 @tj.rehak.ninja) that I love and care about a lot, watching remotely or in ninja holding, share this moment with me. I can’t count how many times I have fallen, but instances like this make it all worth it. I’m so honored and grateful to be on this season. Don’t. Give. Up! #classyninja #kidflash #americanninjawarrior #motusninjas #motusstrong #anw #anw12 #alaska #stlouis #kc #kcmo #leessummit #buzzer #first #grateful #gratitude #finesse #150 #fullsend #blessed

“I’m a part gym owner, and once the gym shut down, I was like, ‘Well, there’s no point of doing anything really, and it’s just not going to happen.’ And then for some reason, I just wanted to started training again. So I think I took a month off. I lost my one arm pull-up and I couldn’t do any of the obstacles without going totally straight on. I wasn’t engaged in my form, keeping those Ls, as Akbar likes to say. I wasn’t keeping those Ls, but I was like, ‘Dude, I got to do something.’

So I got back in the gym, and then just lucky enough, a phone call happened. I was like, ‘What is this? Who is this?’ ‘This is so-and-so from American Ninja Warrior.’ And I was like, ‘Are you kidding me? I’m so happy I’ve been training.’ And I know almost everyone has been in the same boat. We haven’t been training as much as we would like to because we thought that, ‘Oh, it’s (the season) going to be postponed until next year.’ So it happened, but I feel that I am back 93% of where I was previously. So I feel like I’m in the right spot now.”

I will join @akilcurrie and @jamierahn on a quest to become an American Ninja Warrior Champion and win $100k. Can we make it past qualifying? Find out tonight on @nbc at 8/7c. #classyninja #kidflash #captainnbc #anw #anw12 #americanninjawarrior #motusninjas #ultimateninjas #fun #100k #qualifying #passion

“My initial plan for season 12 was to do something that’s never been done before. And I credit this up to Geoff Britten. He had a perfect season, he just didn’t win grand champion. If it was during a regular season, I didn’t care about the Power Tower, I just wanted to hit six buzzers and become a grand champion. That’s the ultimate goal. Do what hasn’t been done before.”

“I’m not an anxious person, but I’m just giddy on what they’re going to throw at us this year. So my challenge is just going to be containing that excitement and, I don’t know, not letting it go to my head. It’s like, I know it’s going to be a giant playground out there. I want to get out there, I want to have fun. That’s what it’s all about, having fun. But I also want to show the world that, hey, Donovan, you’ve been working hard, you’ve been consistent. Go out there and show people. So just putting that pressure on myself would be the hardest challenge that I’ll have to face this year.”

If Donovan wanted to prove himself, he can check that off his list. With two great runs starting him off, Donovan is into the Finals! We hope he can get his suit cleaned and pressed in time.