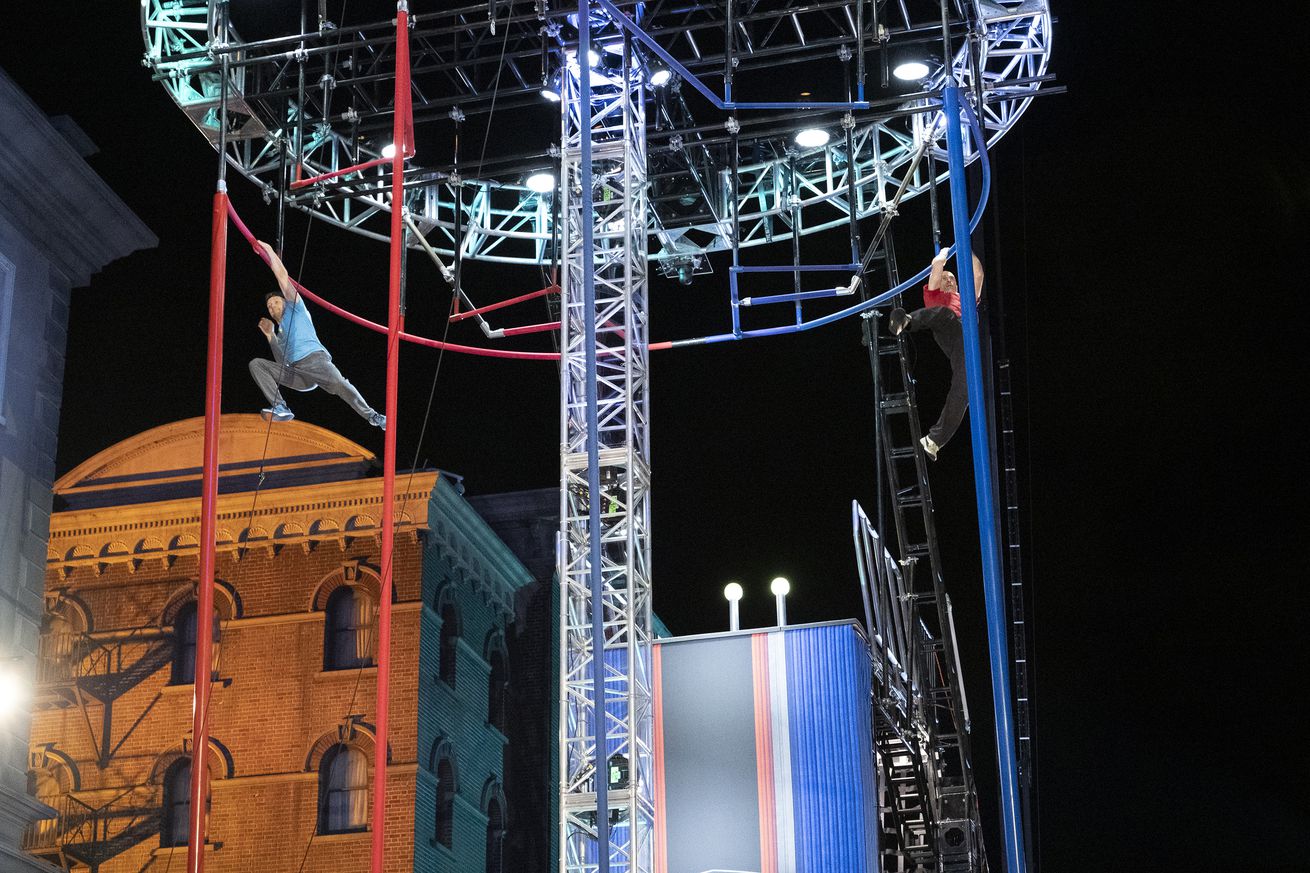 We saw some interesting match-ups on the Power Tower this season.

The fans have spoken. In a poll earlier this year, fans overwhelmingly voted in favor of the Power Tower and want to see it return next season. If you’ve forgotten what the Power Tower was about, let’s review:

In each of the six Qualifying rounds, the two fastest finishers raced on the tower for the Speed Pass. It assured them a place at the National Finals, regardless of their performance in the City Finals. In fact, they could have skipped that course all together if they’d wanted.

In the City Finals round, the two fastest finishers, or the two who went the farthest the fastest in the case of no finishers, raced for the Safety Pass. The Safety Pass allows for a do-over in case of a fall (or timing out) on Stage One or Two of the National Finals. (It’s no help on Stage Three.)

We saw some interesting match-ups on the Power Tower this season: The Student vs. The Master with Daniel Gil and Mathis “The Kid” Owhadi. The eventual Champion vs. The Ninja who designed some of the obstacles with Drew Drechsel and Kevin Carbone. In fact, many of the Ninjas who earned the right to compete in the Power Tower in Qualifiers got to go again in City Finals.

So without further ado, get your speed fix with these Power Tower runs from season 11.

This is one showdown we would have never predicted. #AmericanNinjaWarrior

Two Chicagoans left it all out on the Power Tower. #AmericanNinjaWarrior