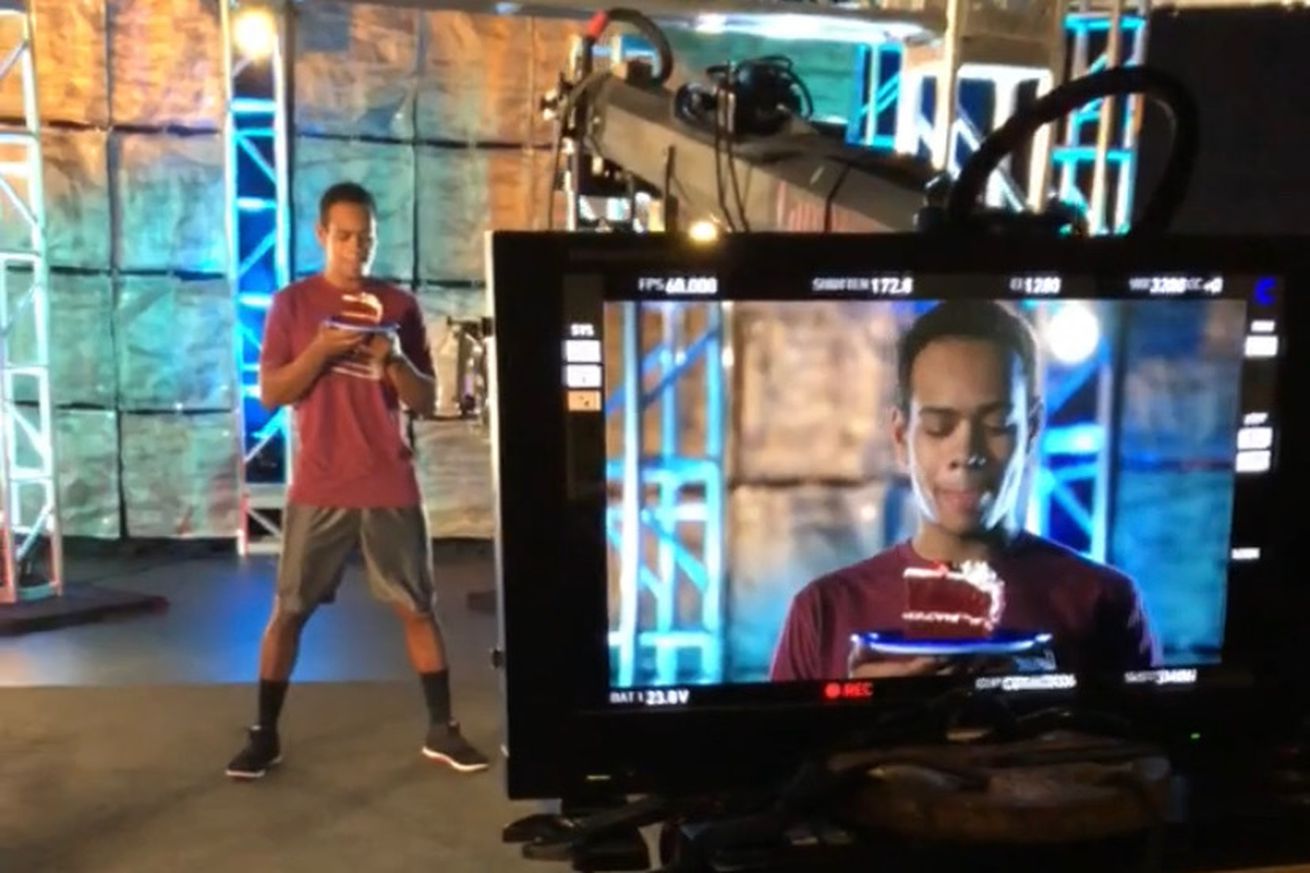 David Wright explains how his love of cake fits perfectly into his Ninja life.

Who should we celebrate with on National Cake Day? Da Cake Ninja, David Wright, of course! Lucky for us, David Wright was sweet enough to give us a peek into his cake-filled world. We honestly wondered if David’s love of cake may have been slightly exaggerated for television. Nope! This season 11 rookie LOVES cake… A LOT!

David’s love of cake collided with his love of Ninja at his first big Ninja competition – a UNAA (Ultimate Ninja Athlete Association) Regional event. David was feeling pretty nervous, so he did what any Ninja would do (or not!)… he ate two slices of cake! It worked. His nerves settled right down, and he did well in the competition.

If it works, why change it, right? David has eaten cake before every single American Ninja Warrior competition since, with one exception…

His rookie season was going so well…

And then the National Finals in Vegas, David was another one of the unfortunate victims of food poisoning. As David prepared to run the course, he hadn’t quite fully recovered from the food poisoning, which meant he was in a very unfamiliar mood – the mood for no cake.

Despite his early exit in Stage 1, David had a phenomenal rookie season. In fact, David was the only season 11 rookie to hit a buzzer in both the City Qualifiers and City Finals.

We sure hope that David experiences less food poisoning and more cake in season 12. His cake history runs deep, and we certainly don’t want it to stop now!

Caution: By our count, this cake-eating strategy has only worked for roughly 0.0001% of Ninjas. Embrace it at your own peril!

Here are a few more fun facts about David and his love of cake:

David, you amaze us! We can’t wait to see you devour some cake and some courses in season 12!