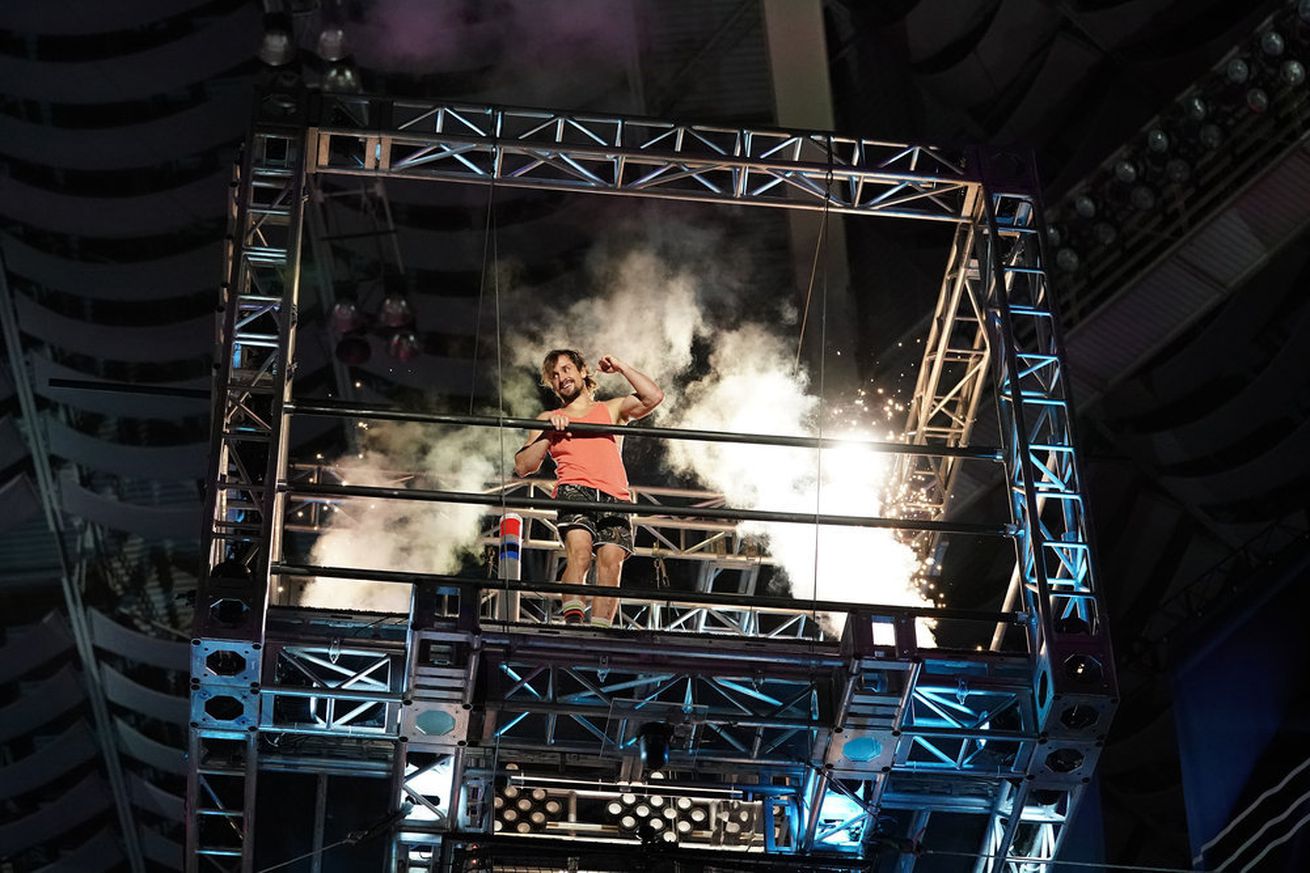 It seems like nothing can slow this guy down.

Jake Murray must be loving season 12 of American Ninja Warrior. He snagged the fastest time in the Qualifiers. Then he won the Power Tower. In the Semi-Finals, he did it again and raced to buzzer faster than anyone else. So, it begs the question – Will Jake Murray take it all this season?

The now six-time competitor is known for his wild antics on and off the course. That sometimes overshadows a very serious athlete. This year, it feels like Jake has put the theatrics to the side and is bringing us just the meat of the matter – Solid, unflinching runs.

Just before his Semi-Finals run, we asked Jake to walk us through how he prepared for the season, what had happened so far, and where he was going with it this season.

“I didn’t think that I was able to prepare for this season the way I wanted to, but that being said, I think that quarantine kind of opened my eyes to the fact that I over-train, I train too much. And so when I was kind of forced to rest and my body started to heal in ways that hasn’t been healed in like three, four or five years, I started to realize that I need to kind of reset and revamp and kind of figure out what works best for me. Because I feel, albeit I only got three weeks of like real training in, I feel like I’m in some of the best shape I’ve ever been.”

“My first run went well. I feel good about it. It wasn’t perfect, but no run of mine has ever been perfect. So that being said, I was happy with it. Ended up taking first and qualifying and going to the Power Tower where I raced Ethan Swanson, my best bud. It was a really very fun night. Maybe my funnest night of all six seasons I’ve competed in. Yeah. Like I said, I executed my strategy pretty well and there were a few hiccups, but I was able to pull off a sub one minute time, which is huge for me because that was a bucket list goal of mine in my Ninja career. And so it’s sweet to check that off.”

“I think me and Swan are like two people that are pretty cut out for the Power Tower because we aren’t too afraid of heights, especially if there’s a six foot deep pad underneath you. We’re pretty comfortable at heights and we’re pretty comfortable doing stuff like that. So it wasn’t really scary at all. And when you’re so focused, you don’t even think about that stuff when you’re dangling twenty-five feet up in the air.

I struggled a little bit in the beginning on those steps, they’re like just high enough so that you can’t like mantle up and box jump to the next one, but everything else was pretty elementary, I feel, for an Ninja at our level. But yeah, it was a blast.”

“I really do want to press the buzzer. That’s always the goal, winning. Typically it’s beating four stages in Vegas, but this year I’ll take what I can get. But yeah, I would say that I’m going to go my own speed, play my own game, if you will and not worry about where other people are at too much. But yeah, I would like to be on the power tower again, obviously. Just do the best I can.”

“I mean, I’ve never, ever lost motivation and the end goal, like I just said is the mountain. But I mean, I just love obstacles. I train very, very hard. I feel I’ve trained relatively smart aside from the over-training bit, but I’m learning. And I guess my end goal is just to be an American Ninja Warrior and that’s why I started and that’s why I continue and I haven’t lost sight of that.”

Jake is poised to be a contender to take it all this year, especially with a new format that puts the emphasis on speed. We’ll see if his streak can continue when he returns for the Finals!