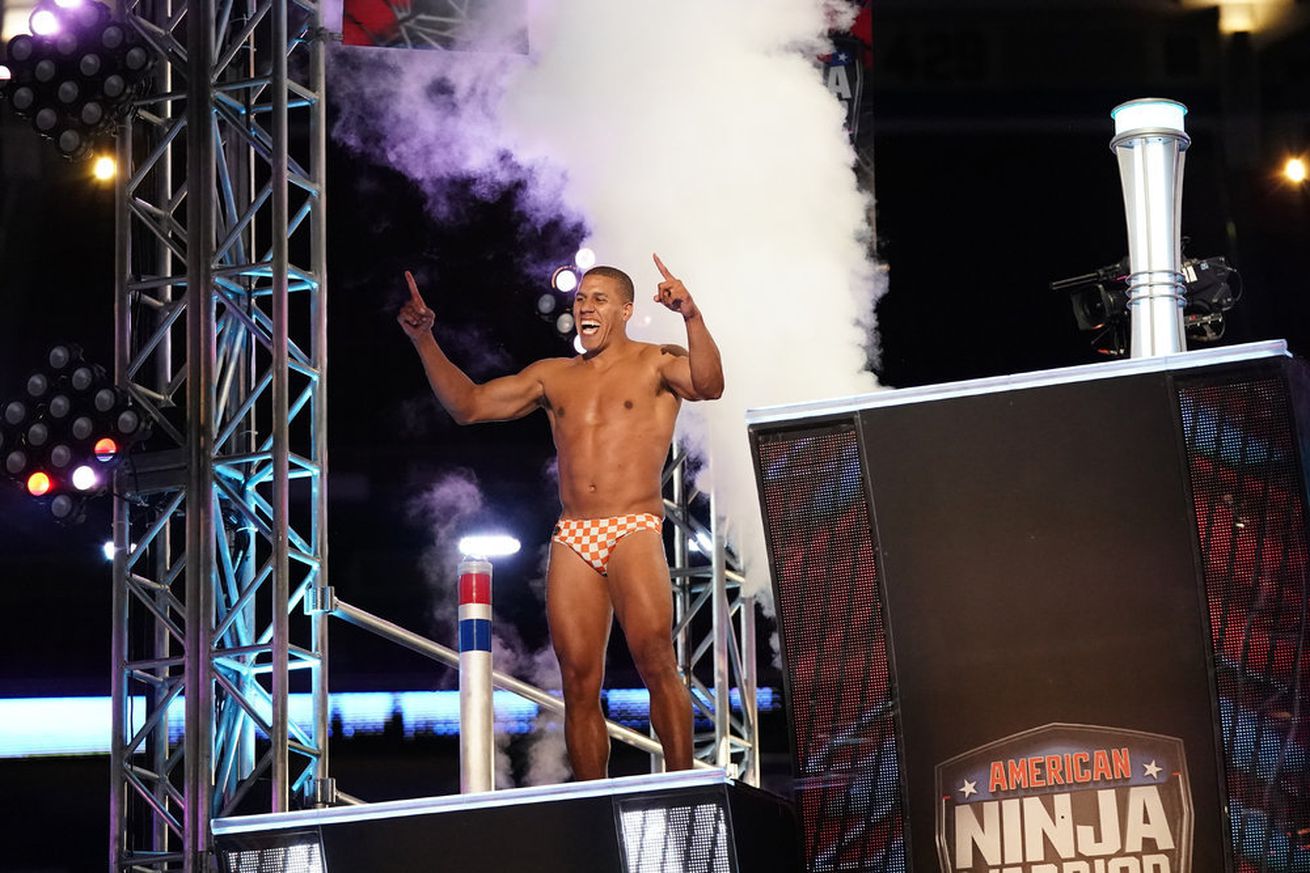 After the ups and downs, he’s poised to make season 12 his year.

It’s about time, Mike! That’s what we were shouting as we watched Mike Wright score his first buzzer on American Ninja Warrior’s season 12 premiere. Mike is quite memorable for always wearing his orange and white Speedo on the course (he’s a diving coach). But that outfit can sometimes distract viewers from the very serious work he’s put into the course.

Season 12 marks Mike’s fourth year on the show. In season seven, he left the competition in Qualifying. Back in season 10, his training took him to the National Finals and Stage One. Season 11 saw Mike fall twice on the Slingshot (Qualifiers and City Finals).

So when he saw the Slingshot back on the course right in front of him, he knew it was time to put the obstacle in its place. With that, he locked in his first buzzer. Are we about to see Mike’s best season yet? Read on for his thoughts.

On his group with Grant McCartney and Kamerion Wimbley

“We have a pretty dynamic squad of Ninjas who are all 200 plus pounds of pure power. It’s kind of unique. It shows big Ninjas can still do big things.

It’s an honor (to be here). I know they narrowed it down to roughly 150 Ninjas. To be a part of that group in an honor.”

“My main motivation for this season is my buddy Chris, a best friend of mine who passed away last year in a car accident. He was all about the show. That’s kind of the motivation of me training to be back.”

How he stayed fit during lockdown

“I flip houses. So I was staying active while working construction. For a minute, I thought the show was cancelled so to be honest I wasn’t doing anything specific for a good two months. But I already have a pretty solid workout schedule just to stay in shape. But once I got that phone call, it was like three-a-days for a week and a half. Gotta get Speedo ready!”

Who’s ready for season 12 Blessed with the opportunity to be selected as one of only 150 total ninjas to film this season. Hand full of Covid test, lock down in a hotel room for a week and a personal best course run equals a must watch season! . . . #speedoninja #anw #season12 #beatthatwall #americanninjawarrior #ninajwarrior #anw12 #ninja #speedo #apeesousa #vols #gbo #vfl #tennessee #knoxville #tndivteam

His plans for the season

We’ll see Mike back for the Semi-Finals in a few weeks!