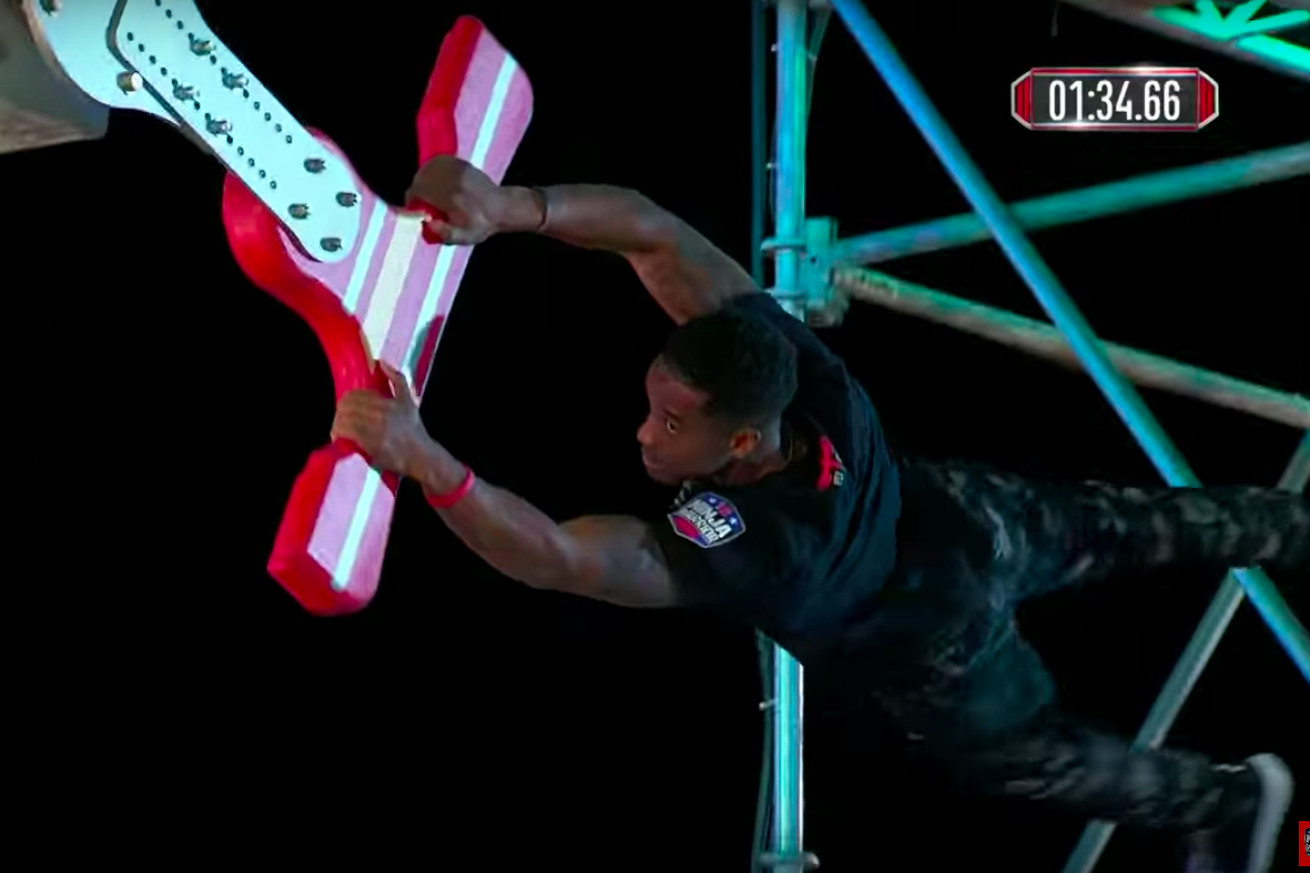 It all came down to just a few lost seconds.

Najee Richardson has enjoyed a well-earned awesome season on American Ninja Warrior. He completed both Philadelphia courses and was one of the few Ninjas to beat the 18 foot Mega Wall, earning $10,000.

At the National Finals, he beat Stage One for the second time in a row. During season nine, Najee was one of the three Ninjas to advance to Stage Three, going out on the Ultimate Cliffhanger. Najee wanted to get back to that obstacle and exact his revenge.

But his season 10 run on Stage Two delivered one of the hardest moments to watch. Najee revealed his asthma has been an issue for him on the course in the past. The new last obstacle, the Water Walls, was going to be a hurdle for him. Najee gave it his absolute best. He did manage to open all the doors and swim through. However, Najee needed to take extra breaks for air. In the end, he timed out while striving to reach the buzzer.

It was heartbreaking to see Najee’s season come to an end not because he was gassed out and had reached the end of his strength. We don’t even think he was too slow based on how close he was. It came down to tangling with controlling his breathing underwater.

We spoke with Najee after his Stage Two run to find out what happened at the National Finals.

“When I first saw Stage One I was actually really excited. It did not look like anything different from the previous seasons. A couple of different obstacles, but nothing out of my abilities. However, I did notice that there were a couple of obstacles from last season that were tuned a little bit differently. One being the Double Dipper.

It threw everyone off. Once I saw that a lot of top athletes were going off that, just based on something so technical, nothing to do with their skill level, it really jarred me a little bit. I got a little nervous about that obstacle. But I knew if I could get past that, I was going to be fine through the rest of Stage One.”

“I was so excited when I saw Stage Two. The only thing that worried me was the Water Walls. Not because of the obstacle itself but because Stage Two is such a monster when it comes to cardio. I knew my asthma was going to come into play. I knew it was going to be a matter how much air I have left.”

“Stage Two was very doable in the sense that I’ve done Stage Two before. I’m a Stage Two athlete, that’s my skill level. That’s what I usually do. It’s very much how I train. That dynamic endurance. I knew I would be able to get through. I knew I wouldn’t get pumped. It was just, I knew the air in my lungs was going to come into play. Unfortunately, it happened.”

“By the time I got to the third door I just… when I should have been coming up and hitting the buzzer, I just had nothing left. When the timer started going down, I knew if I had gone under water, it would have been dangerous. It became more of a safety issue for me. I had to look after my asthma. I had to make sure I was healthy.”

“I’m still processing it. I haven’t really decided (how to feel). I haven’t really figured out my emotions, to be honest with you. I’m always the type of athlete that tries to remain as positive as possible. I try to look towards small victories. This year I did have the small achievement of getting my first City Finalists badge. I had never finished a City Finals in my career. That’s a bit of a positive as far as my season goes. But as far as Stage Two goes, I really had a lot of expectations to make it back to Stage Three. I feel like I could have done it.

It’s one of those things that happens in sports. It’s not going to be fair all the time. But it’s how you handle it afterwards. I’m trying to find the best way of doing that. Right now it’s still fresh. The wound is still open.

Right now I’m not okay. But eventually I’ll be okay.”

Najee’s reaction illustrates how much these goals mean to the competitors. Najee had a fantastic season. He hit his first City Finals buzzer. He completed Stage One again. He was one of only three Ninjas to even reach the Water Walls. But the sting of a loss still hits him hard. These moments also become motivation for the Ninjas. Najee will be stronger than ever next season.