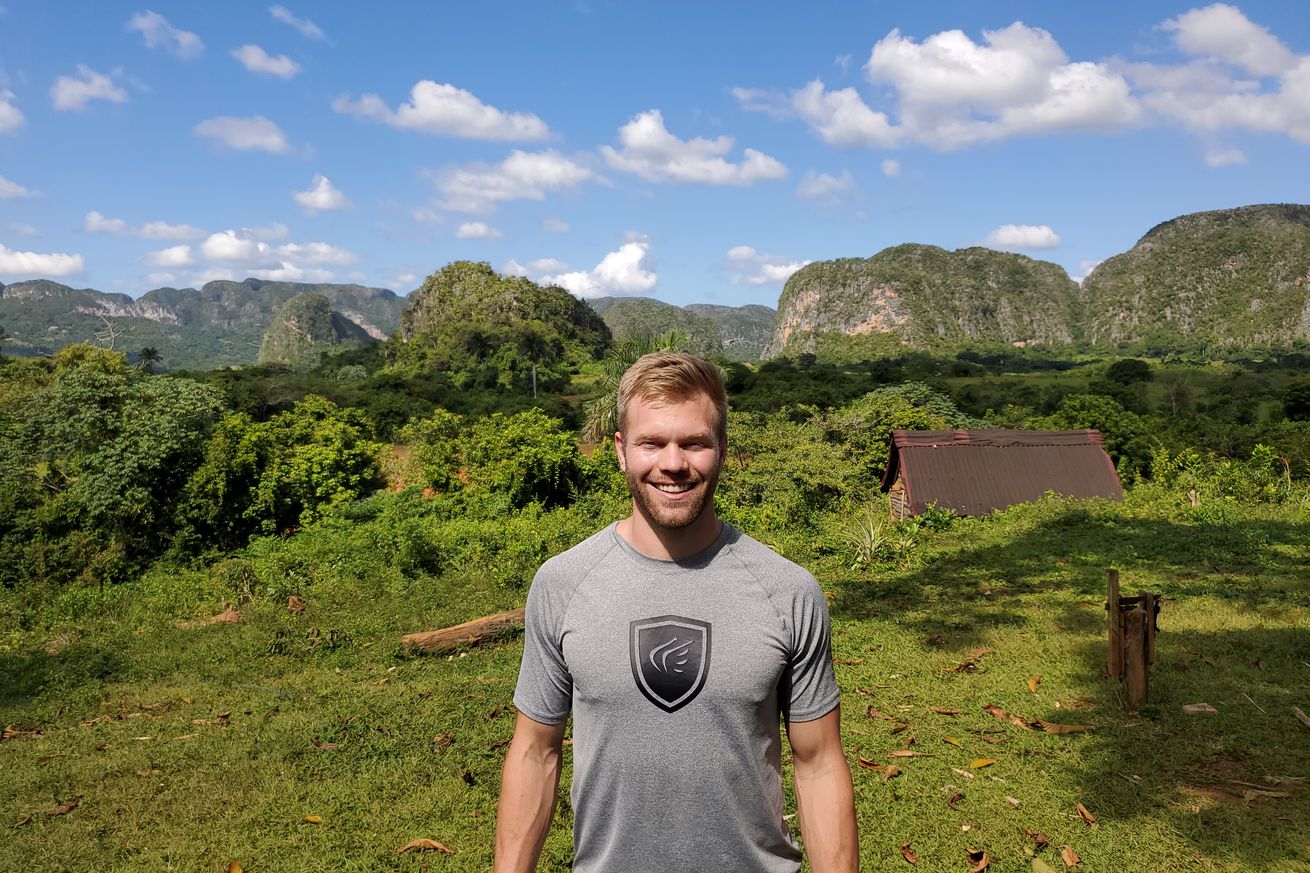 This series will highlight a Ninja each week who is making a difference in their community.

Nate Burkhalter first appeared on American Ninja Warrior as a walk-on in season 6. And season 7. And season 8. Finally, he made it on season 9 without having to wait in line and has improved every year. In season 11, Nate made it to the Las Vegas National Finals and despite dealing with food poisoning, became the first finisher of Stage Two. In Stage Three, he failed on Iron Summit.

And this off-season, Nate has been busy.

He officiated a wedding! He went to Rome with Joel Burk! He went to the World Series with Island Ninja Grant McCartney (read how that happened here)!

Nate also spent some time in Cuba supporting a cause that is very important to him, Filter of Hope.

“I learned about and got involved in the fight to end the global drinking water crisis back in 2015. I joined in by helping raise money to fund a water well, and then paid my way down to Nicaragua and helped drill it! Seeing the way it helped that community in need was literally life changing for me,” Nate explained. “It made me rethink my life, and start asking God, ‘why am I here and what is my purpose?!’ As an engineer, I knew I was wired (and trained) to help solve problems and create solutions. I began to find ways to get more involved and try to help more people.” (Learn more about this story in Nate’s season 8 submission video and during his season 8 Oklahoma City Qualifying Run.)

“After traveling the world for work, adventure, and missions, I began to see firsthand how the lack of clean water can prevent families and communities from health, education, economic advancement, and equal rights. I realized there are so many people who are suffering from something that even our homeless in America have in abundance (clean & safe drinking water). God really stirred my heart to get involved and help with this crisis,” he said.

Nate continued, “As an engineer, I want to help tackle the biggest problems first, because ‘solving’ those will bring help to the most people in the shortest amount of time. Fixing the drinking water crisis will directly alleviate many other health, poverty, and education issues.”

He shared some stats with ANWN that explain how access to clean water can affect these issues:

Nate currently volunteers with two organizations: “Living Water, which creates water sources for a community by drilling a water well. The other is called Filter of Hope, which distributes small household filters that purifies an already existing (but contaminated) water source. These organizations complement each other, because some communities have no access to water (solution – drill a water well), while others have water sources that are contaminated with deadly bacteria (solution – purify the water via a filter).”

On his recent trip to Cuba, the organization gave out filters and showed families how to install and properly store, clean, and take care of the filter. Nate shared this story that explains the importance of the trip: “One elderly lady eagerly welcomed us into her home, and was excited to meet and talk with us. We asked her about her current water situation, and she said that her only water source is contaminated with bacteria, and it often makes her sick from drinking it (throwing up/diarrhea). Sometimes she’ll pour Clorox bleach in her drinking water to kill the bacteria, but said the bleach also makes her sick.

Her other option was to boil the water, but she rarely had the money for fuel (wood or propane gas). We explained that we’ve got a specially designed medical filter that will remove even the smallest bacteria, and make her water safe, clean, and delicious! She got SOO EXCITED as she told us that three days before, she prayed and asked God to provide a solution for her unclean water, because she wasn’t doing well! We were grateful to be a part of her story, and that we got to meet a need and encourage her!”

It’s pretty incredible how something that seems so simple can make such a big difference. Hopefully we’ll hear more about Nate’s story in season 12!