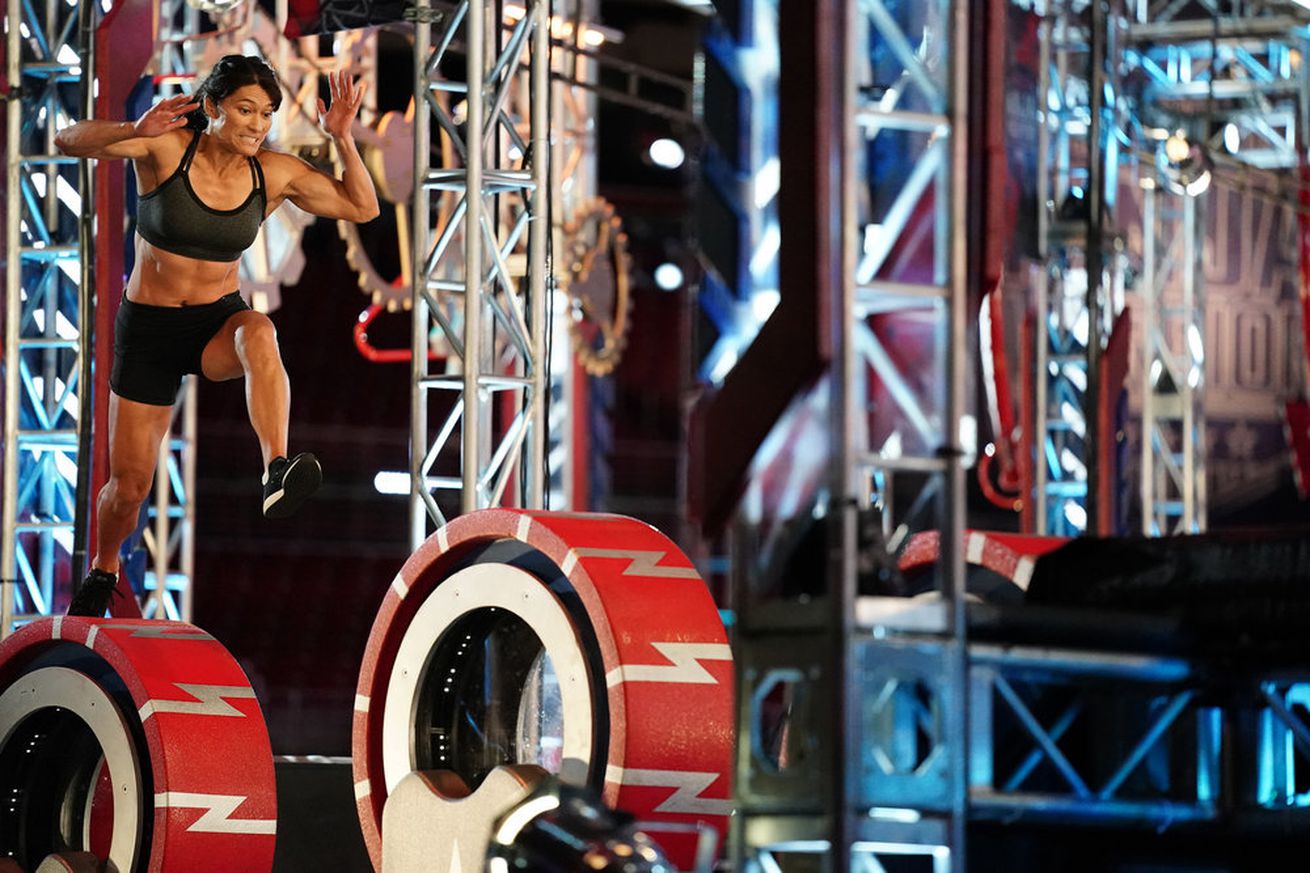 She introduces us to a a few new obstacles in this preview of her run.

American Ninja Warrior is just days away from the start of the Semi-Finals! The show moves into the second half of the season on Monday, October 12 at 8pm EST/PST.

The Semi-Finals will be a 10-obstacle course similar to the City Finals courses we’d normally see on the season. Only the top 12 competitors from each night will advance to the finals (along with the top two women if there are not two in the top 12).

Now, Sandy Zimmerman is giving us our first look at the Semi-Finals course! In this preview clip, we see Sandy take on the front half of the course. She faces a new obstacle called Clockwork, where timing is everything as moving one sprocket moves them all simultaneously. She also faces a new balance obstacle, Burn Rubber, which is a surprisingly tricky run across three spinning, off set tires.

Sandy Zimmerman had a breakout moment in season 11, when she became the first mom to clear the Warped Wall and hit a buzzer on the Seattle/Tacoma City Finals course. Back for season 12, she reached the fifth obstacle, Slingshot in the Qualifiers. It was enough to move her into the Semi-Finals.

The clip above cuts off as Sandy begins the second half of the course. We’ll need to wait for the full run to find out how far she goes and if it’s enough to keep her in the game!

Night one of the American Ninja Warrior Semi-Finals will air on Monday, October 12 at 8pm EST/PST.