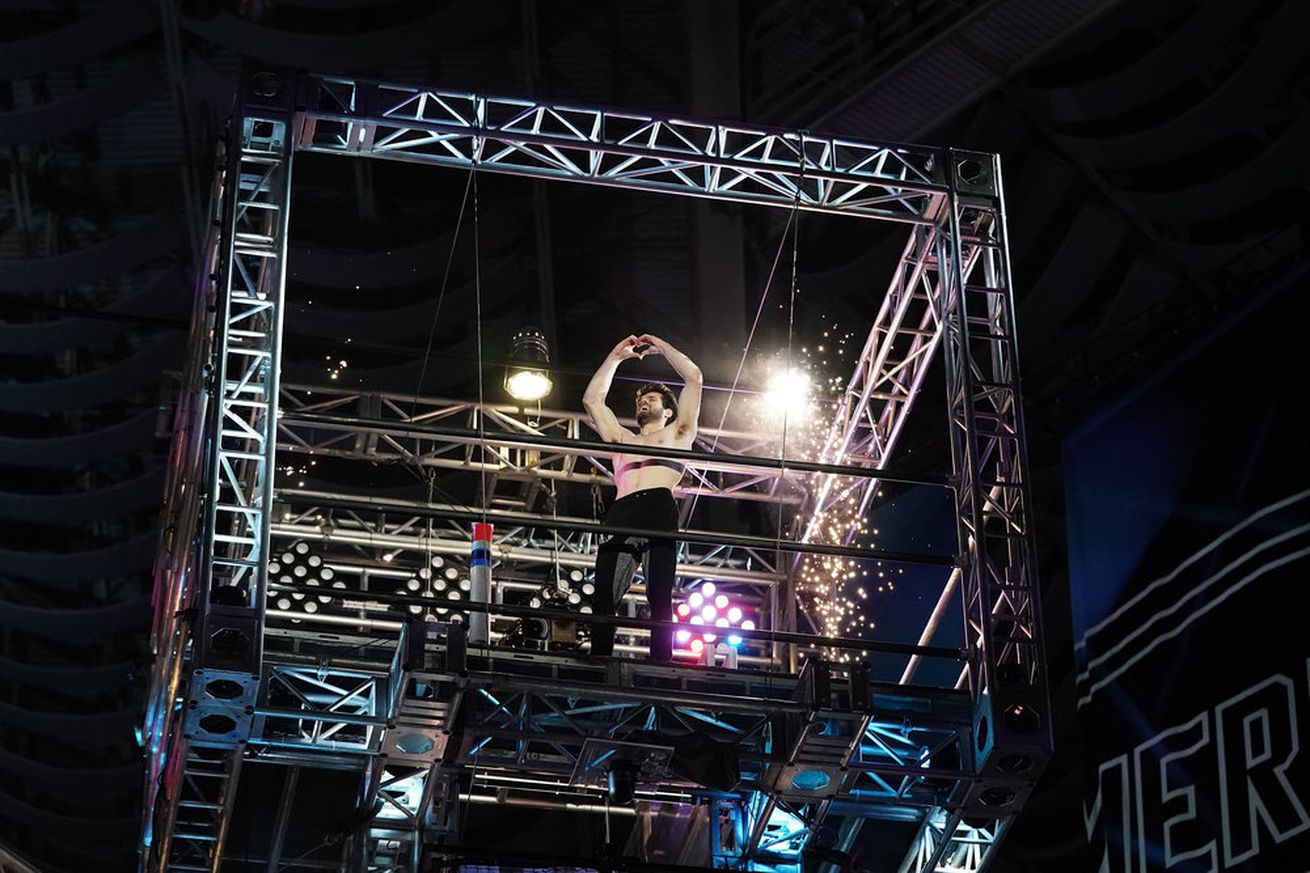 A new format and a new motivation have set Tyler up for a year unlike any other.

Tyler Gillett has a pretty enviable American Ninja Warrior career. In his three seasons on the show, he’s made it to the National Finals three times. He’s never fallen on Stage One, and in season 11, he got his hands on Stage Three. Right out of the gate, he’s been a successful Ninja and we’re used to seeing him at the buzzer.

But in his fourth season on the show, season 12, we saw a different side of Tyler in the Semi-Finals. He was not just playing his sport, doing what he loves, he was doing it for someone else. Tyler shared that his cousin Bill was battling stage four pancreatic cancer and the whole family was pulling together to bring him strength. This run was one part of Tyler’s efforts to that effect. Hitting the buzzer, we all broke down in tears. No one is ready to throw in the towel on Bill’s fight.

Before that stunning run took place, we spoke with Tyler about what this season is like for him, both in the sense that he’s competing on a very different season of Ninja Warrior, and that he’s not just competing for himself. Read on for his responses!

How’s it feel to be here for this special season, amidst all of this chaos?

TG: It’s crazy. That’s a lame answer, but, yeah, it’s crazy. The whole world’s crazy right now. But being able to come here, and the fact that they’re putting something together for us and trying to do something for us to go out there, have a good time and spread some positive vibes, means a lot, because a lot of people aren’t getting the opportunity to go out and do exactly what they want to do. So the fact they’re doing that in a way that’s still taking the precautions that we need to keep everybody safe is great.

It’s exciting, but it’s weird. I don’t feel like I’m actually here. I feel like someone just woke me up in the middle of the night and was like, “Let’s go.” And now I’m here. And I’m like, “What am I doing?” I feel like it’s not like the real season.

It’s going to be very different, but I’m very excited, because I’m ready for something a little different to spice things up. It’s going to be a lot different than previous seasons and going to allow me to, I think, go in and really kind of go for it this year and not hold anything back, because we’re just lucky that we have something to do, you know?

What’s your motivation for this season?

TG: It’s on my shirt. It says Team Bill. My cousin Bill was diagnosed with stage four pancreatic cancer. He is dealing with some rough times right now, him and his family. So to spread some awareness to people that are affected by pancreatic cancer, and then also specifically Bill, because he means a lot and we’re trying to raise funds for them.

Anything that I can do to try to get that out there and help them out is kind of what I want to do and kind of opening my eyes to this thing that is pancreatic cancer, because it’s a lot more prevalent than people think. And it’s one of those things that when it sneaks up on you. You don’t really realize it until it’s too late.

How did you prepare for the season or how did you stay ready?

TG: That was tough. That was really tough, because with everything going on, not being in Ninja gyms, it’s a lot of trying to stay motivated by yourself at home, which can be tough sometimes. And I definitely saw that affecting my training for sure. So I’m not quite where I want to be, but just trying to remind myself why I’m doing this, what kind of started this whole passion of mine, and tell myself that I still have more time. So it’s something that I really want to try to continue to do, and I got to try to keep on top of my game.

What are you here to accomplish?

TG: What am I here to accomplish? Well, I definitely, again, I want to raise awareness for pancreatic cancer and my cousin Bill. But at the same time, I don’t want to disappoint him or anybody else who’s continued to support me through this journey of mine these last couple of years on Ninja. I always want to do better than my previous year, obviously.

Everybody does. But for me, it’s to go out there, have fun, do my best, and the ultimate goal is definitely to win it all. And this season being a little different is… I feel like it’s making everybody kind of readjust to, “Okay, what do I want out of this?” And I think that can be good.

What’s the biggest challenge you’re going to face in the next couple of days?

Just kind of getting used to how everything is going to be different and not letting that affect my performance and try to use all these crazy things that are happening right now in the world, in my personal life, and use that as motivation and not cloud my focus.

We’ll see Tyler back on the course in a few weeks for the American Ninja Warrior Finals.