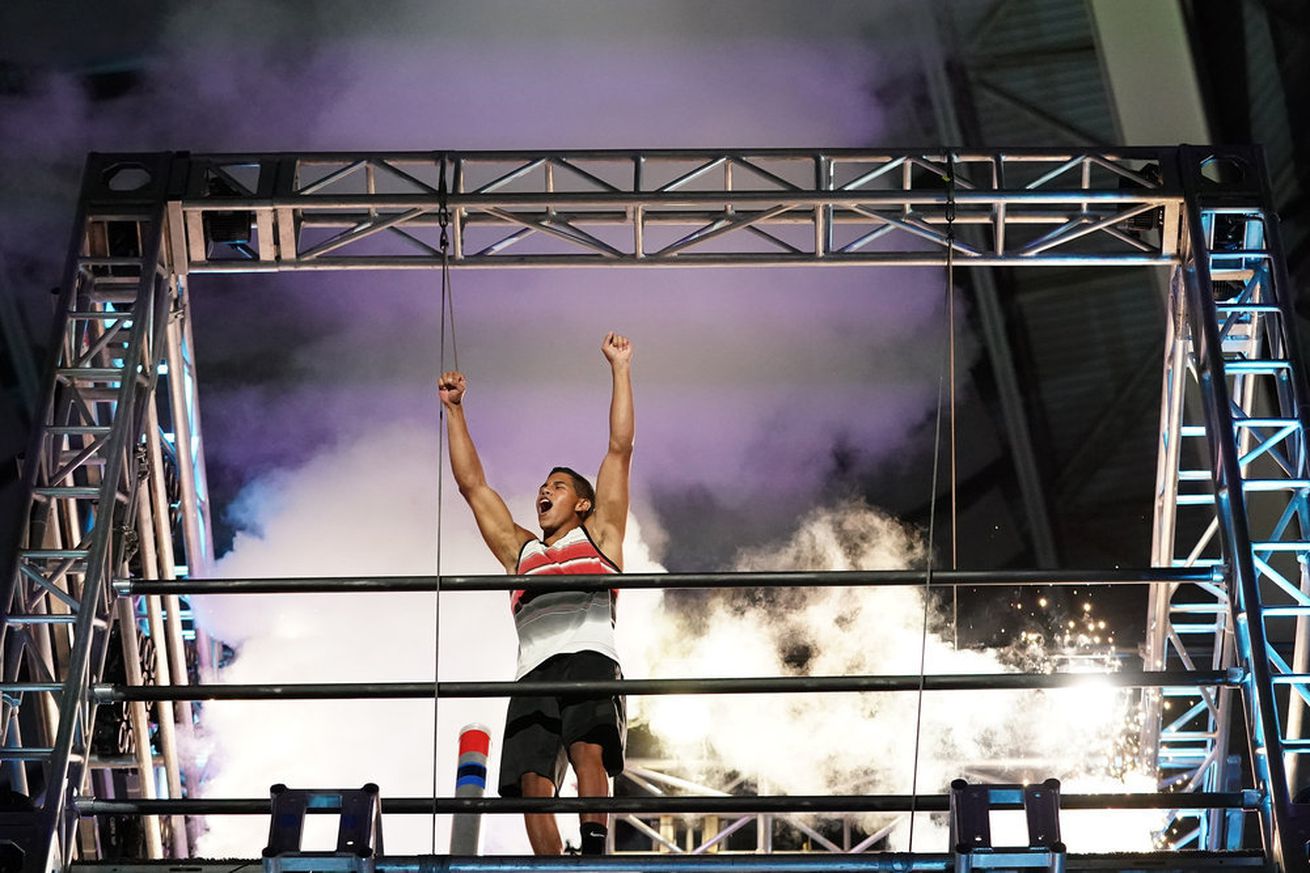 He’s at the start of a very promising Ninja Warrior career.

Watching the first night of the Semi-Finals on American Ninja Warrior, there was a moment when you might have asked yourself, “Where did THIS guy come from?”

That guy would be Cameron Baumgartner. The young athlete trains with the Chicago-area Ninjas. Ethan Swanson referred to him as “monster” on the course. Cameron demonstrated his skills in the Qualifiers with a course finish that put him just behind Daniel Gil on the leaderboard. In the Semi-Finals, he shared that he actually grew up with a heart condition that required surgery and put sports into question for a long time. That was right before he ripped the course apart. Cameron placed third overall (funny enough, right behind Daniel Gil again).

While some viewers might not recognize Cameron, he’s not a rookie. He did run the Cincinnati course in season 11. He cleared the Qualifying course with a great time, but did not make it to the National Finals. Cameron might be a newer face on American Ninja Warrior, but we have a feeling it’s a face we’ll be seeing more of as things progress. Read on to get to know Cameron a bit better in his own words.

“I’d say it’s an honor to be here. One being it’s only 150 people this year, but also because we’re actually having, or trying to have, a season this year as well with all this crazy stuff going on. So definitely excited to be here.

My motivation is to just get out there and perform better than I did last year and just always looking for new goals for myself and to represent Chicago.”

“With COVID going on, I definitely had to stop my training because the gym was closed. So I haven’t been training for a while, but I was able to pick it back up about a month ago, which is still not a long time, but I built myself stuff from our house actually to help prepare just in case there was a season. And I’ve been just doing that ever since, so I feel ready to go.”

SEMI FINALS ARE HERE! Tune in tonight at 8/7c for the first round of semi finals and see if I hit another buzzer! #ANW #ninjawarrior #americannjnjawarrior #stlouis #senifinals #soexcited #ninjastrong #ninjacommunity #newobstacles #giveityourall #nevergiveup #letsgo

“I’m here to accomplish hopefully winning that hundred thousand dollars. It’d be a great achievement for me and to make a statement for only being a second year out here and to go against basically the best of the best. So hopefully I can get there if not close to that. I definitely think I have the speed, strength and endurance to accomplish that goal. If I performed to my strengths and just my game plan, I feel like there is a shot.”

I’m so honored to be a part of team Swanson this year. Thank you @ethanswanson and @ninjawarrior for giving me another chance to show what I can do on the course! Getting the opportunity to compete on a shorter season with the best of the best is amazing! Congrats again to @jackmac.12 on his rookie season! Tune in tomorrow night on NBC 8/7c to see me and more amazing ninja compete on the course. Team Swanson is about to fly through the course! #ninja #ninjawarrior #americanninjawarrior #ANW #NBC #teamswanson #season12

“My biggest challenge would be to just stay focused, have the right mindset with every single course that’s going to be putting in front of me and just being physically and mentally prepared for myself.”

Get ready to keep an eye out for Cameron when he returns to the American Ninja Warrior Finals in a few weeks.