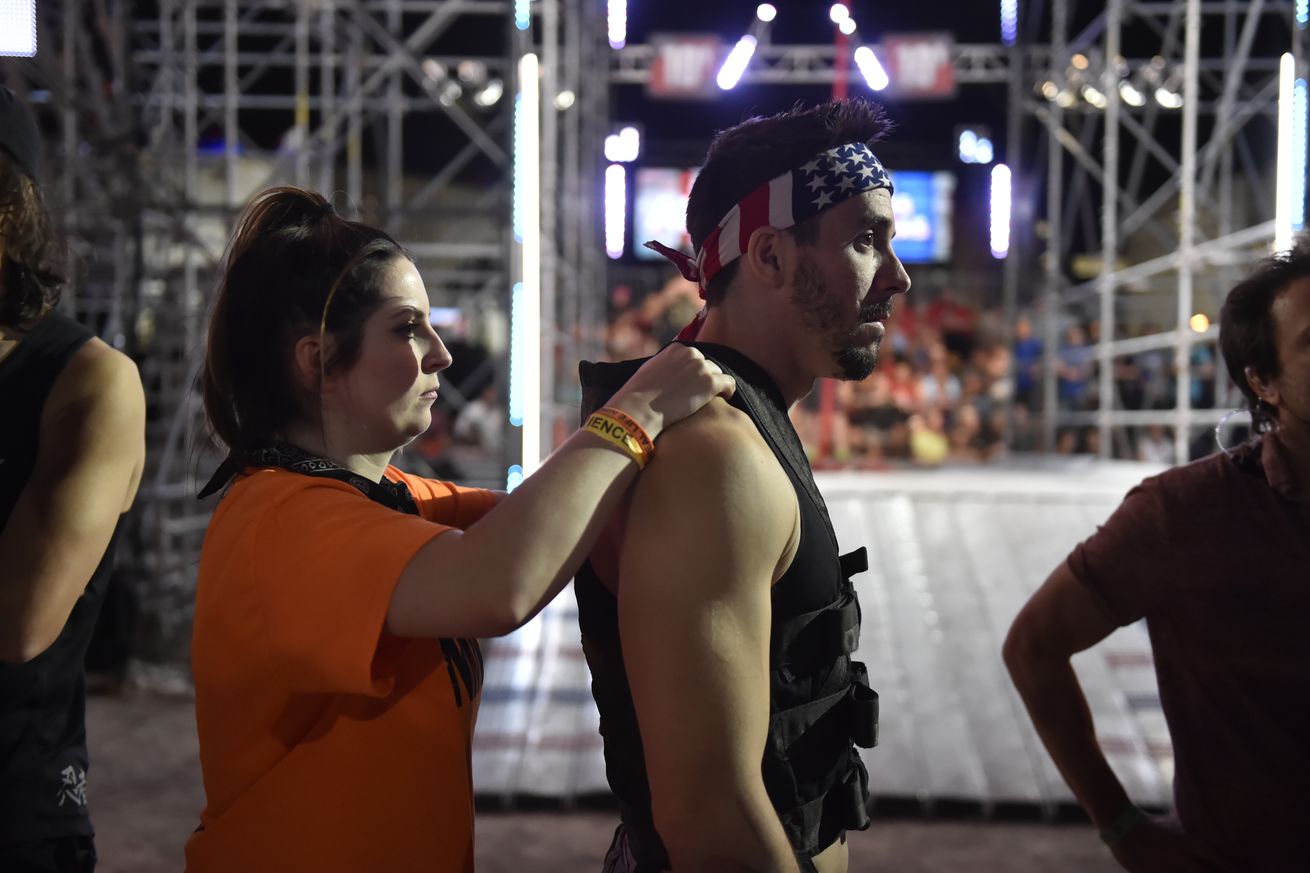 Everyone watches the show through a different lens. What does it mean for you?

Drew Drechsel was surprisingly calm for someone who was about to have the whole world know his big secret.

The American Ninja Warrior producers and NBC organized a small viewing party in Los Angeles for the season 11 finale. Ninjas and crew members got a chance to mingle together, setting their roles on the show to the side.

Drew and his girlfriend, April, had just taped a segment on the Ellen Show. After arriving at the viewing party jittery with excitement, Drew had settled into a poker face. You couldn’t be too sure who did and did not know what we were about to watch together.

He’d seen the episode more than once already, and, after all, he was there when it was made. But that didn’t dull the impressiveness of his encyclopedic knowledge of every run, rattling off who fell, where, and exactly what the competitor’s final error was from his perspective. Whenever someone tossed out, “Hey, how did so-and-so do?” Drew would respond in great detail, not taking his eyes off the screen.

Drew stayed stoic after the airing of his Stage Three run. He barely looked around to acknowledge the applause from those watching with him. Drew was equally collected when the crowd erupted again, this time with a few back slaps, as the world finally found out he was the $1 million winner.

After some ongoing attempts to keep up with his explosion of phone notifications, he took a break to play Pokémon Go. I asked Drew if he ever got tired of talking about Ninja Warrior and he responded matter-of-factly with, “It’s all I know.”

I’ve known Drew for who he is since I began this job. He’s not one to mince words, and he’s not one to waste time or energy, on the course or off. He’s proud because he’s worked for it. He’s humble because he knows what it’s like to have the course knock you down a peg, regardless of preparation of confidence. Talking with Drew, I always get the sense that he’s got something else to do. Because he does. The road is never over and the goal is never fully reached.

I see things from this side. It’s hard for me to critique or judge a Ninja’s performance from a place of objectivity when I know first hand just how hard they’ve worked, and how much of their daily life is dedicated to this.

So, for me, having a winner is much more than just an inevitable means to an end in a sport. I remember watching the Stage Three competitors in Vegas this year absolutely nerve-wracked. Every fall was a year’s worth of work for someone I know personally, going down the drain, so to speak. I can’t help but feel that along with them. The idea that no one would get through meant that we’d all walk away disappointed this year, again. (I started my role with ANW Nation at the start of season eight, right after Isaac Caldiero and Geoff Britten’s climbs. I’d never witnessed a winner in person like this before.)

Watching Drew and Daniel hit the buzzer brought an overwhelming sense of relief. It was a break in the tension that had been building for four years. You could almost feel the collective exhale from the community. FINALLY.

Finally for someone, at least, the reward would match the efforts.

The final climb off was a long wait. There’s moving the audience, resetting the cameras, and all the behind-the-scenes production that just takes time to set up. Sitting there waiting for those two athletes to climb was painful for me. I can’t imagine what it was like for Drew and Daniel.

Drew’s win meant a loss for Daniel. There’s no way around that. But Daniel’s loss meant a win for Drew. While Daniel’s talents are undeniable and only seem to be on the rise, this was just Drew’s year. It was his perfect storm and we got to watch.

Having an American Ninja Warrior Champion means more than a title to me. It’s Drew’s reward for his near-decade of efforts. It’s his reward for never giving up as each season tossed him another painful lesson. It’s a, “Yes, Virginia, there is a Santa Claus,” moment. Work, hope, and belief can be rewarded.

It leaves me with the sense that more rewards are coming for the American Ninja Warrior community. It feels like a tipping point in the narrative. If you think of the show as, “Ninjas vs the course,” I feel like it means the Ninjas are going to start winning the battle.

To me, it promises that the very human, hardworking people who are the Ninjas, should sit tight and the stay the course. It’s working. They’re turning the tide. Drew Drechsel is evidence of that.

What does having an American Ninja Warrior winner mean to you? Tell us in the comments below.