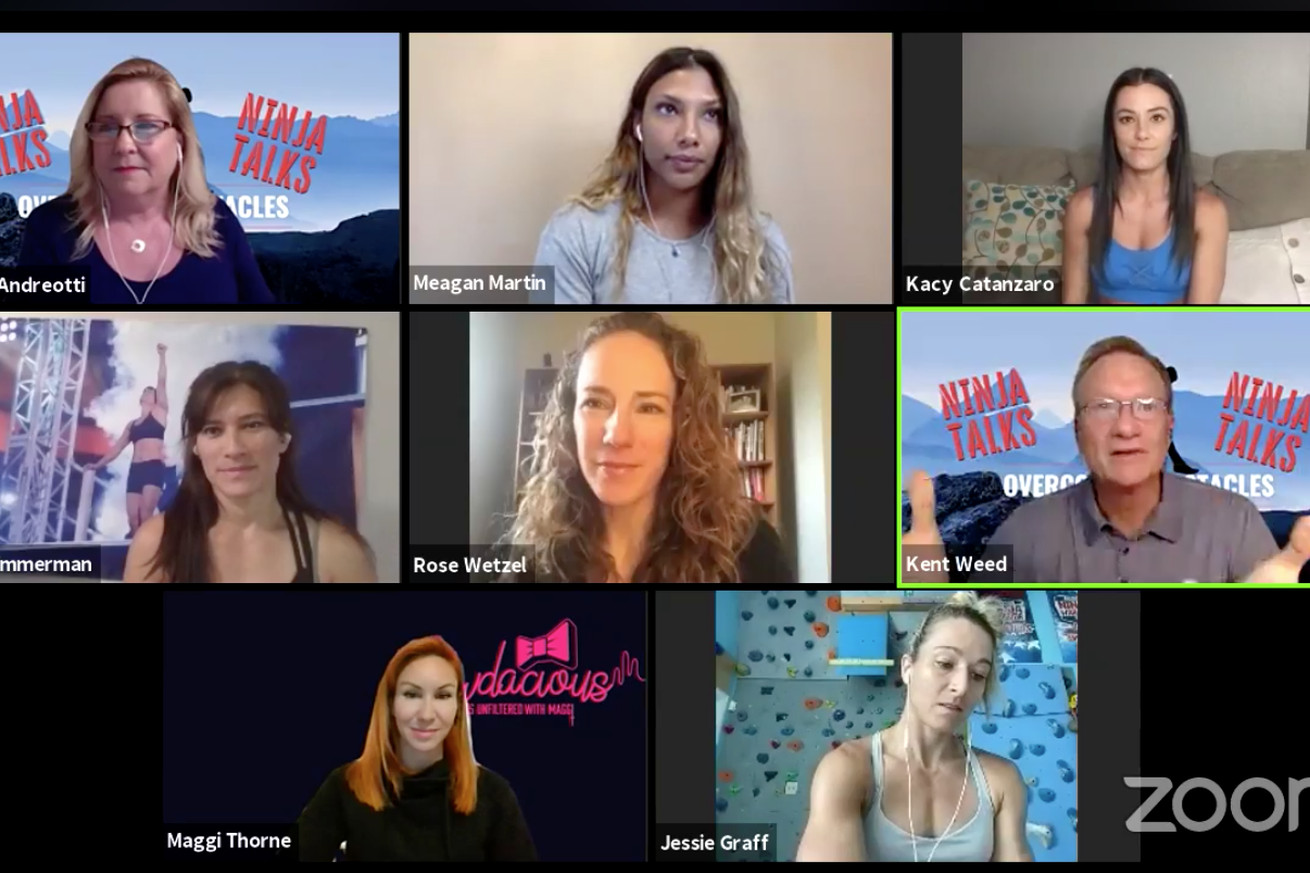 The new web series from Kent Weed, Executive Producer and Creator of American Ninja Warrior, highlights Ninjas talking about a variety of topics.

In April, Ninja Talks was announced as a new web series from Kent Weed, Executive Producer and Creator of American Ninja Warrior. His goal was to bring together some of the biggest Ninja names for something that was about more than physical training—to focus on the community.

The series is airing on Facebook Live in the Facebook group on every Monday in May at 8:30pm EST. It’s free to join the group and watch or you can participate in the webinar by purchasing VIP access (a portion of the proceeds will go to Revolution Foods, a 501(c)3 nonprofit serving healthy food to kids and the elderly during the COVID-19 crisis). Find out more or get tickets here.

Once you join the Facebook group, you can watch the previous webinars, hosted by Lindsay Andreotti of Earth.University and Kent Weed.

What have they talked about so far?

May 4: Recovery & How To Thrive

Each Ninja shared on a specific topic:

They ran out of time to speak with Sandy this week, but she came back for the next episode!

May 11: The Value Of Community/All-Women Episode

The big topic tonight was motivation and inspiration: